alvaMolecule is a software tool to visualise, analyse, curate and standardize your molecular dataset. alvaMolecule is free for academic and non-commercial use.

alvaMolecule is conceived as a molecular worksheet where molecular datasets can be visualised both as a molecule grid or as a spreadsheet; additional data provided within SMILES and MDL files is automatically imported and can be used, together with the calculated descriptors and physicochemical properties, to sort and filter the molecular dataset. 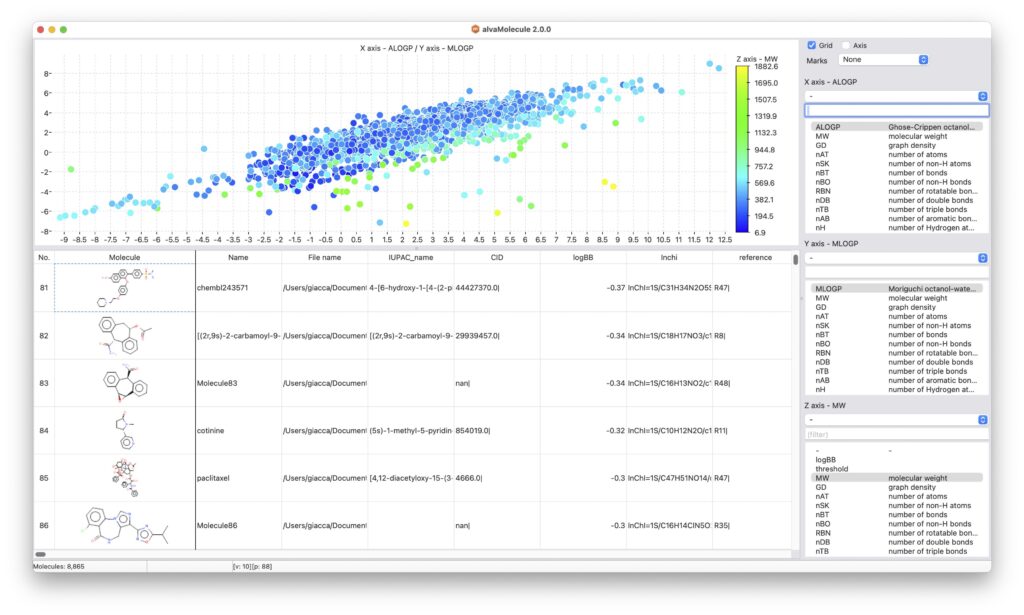 alvaMolecule provides 10 predefined checkers that can help the identification of erroneous structure or for filtering specific structural features:

alvaMolecule provides 16 predefined standardizers that can be used to fix erroneous representation of molecules, to remove specific features from molecules or to standardize specific structural features: 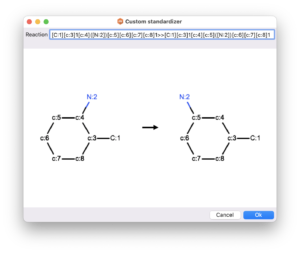 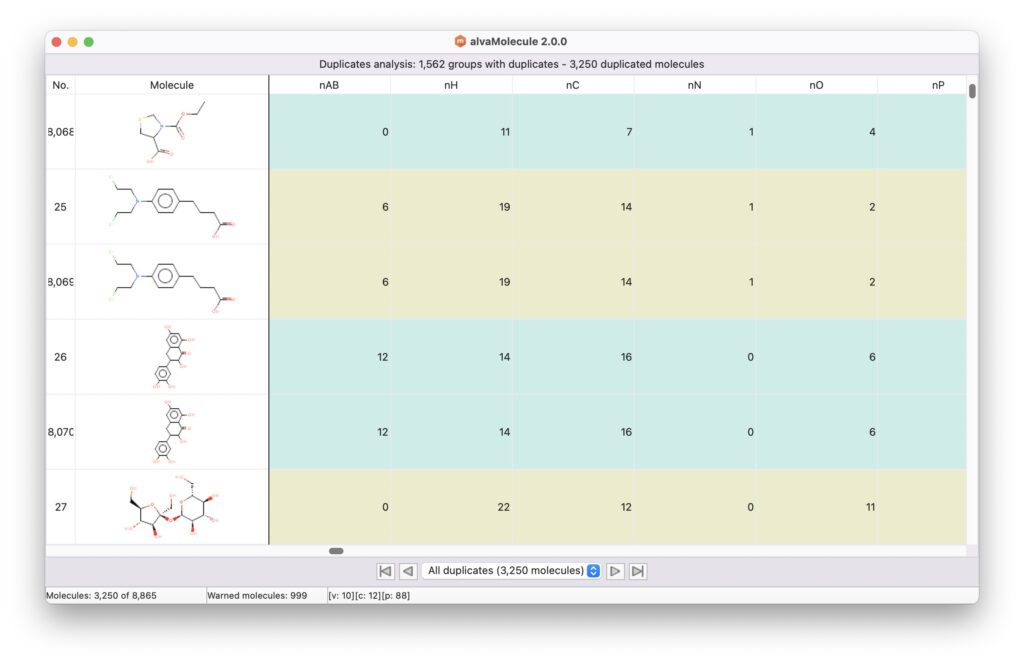 alvaMolecule can be used to identify duplicated structures or molecules having the same value for a specific column.

The duplicates analysis can be performed on molecular structures (Molecule) or on a column of the dataset: 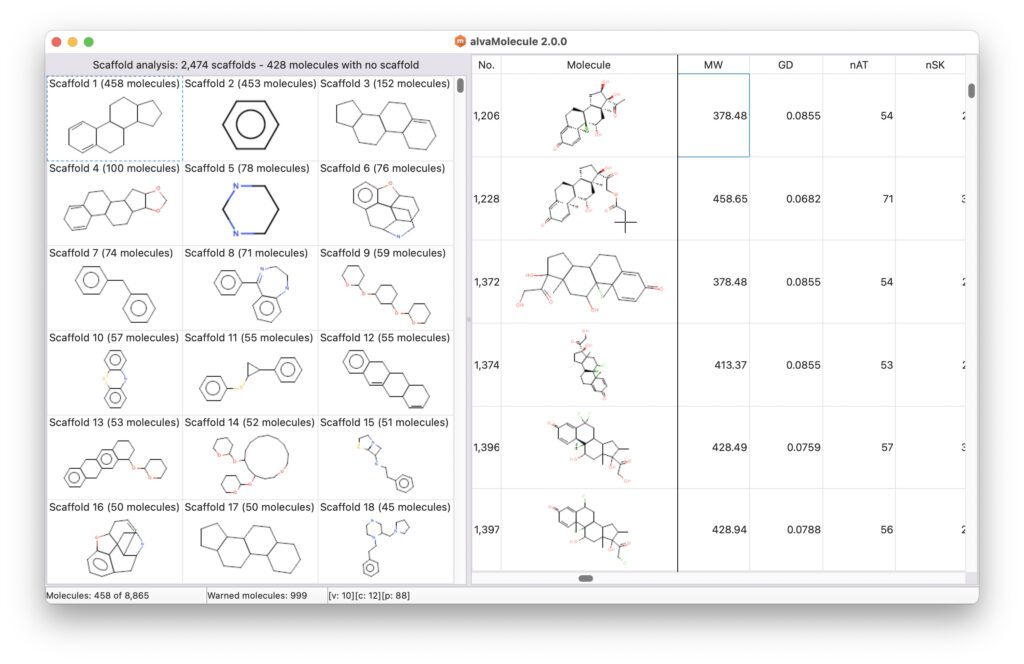 Once the scaffolds have been identified, they will be shown as a molecule grid in the main window. This molecule grid can be used to filter the molecules of the loaded dataset. The molecular scaffolds are ordered from the most frequent to the least one. If the dataset includes molecules with no scaffold, they are grouped together into the last group named No scaffold.

alvaMolecule can be used to delete the undesired molecules in your dataset and to edit the automatically imported additional data. 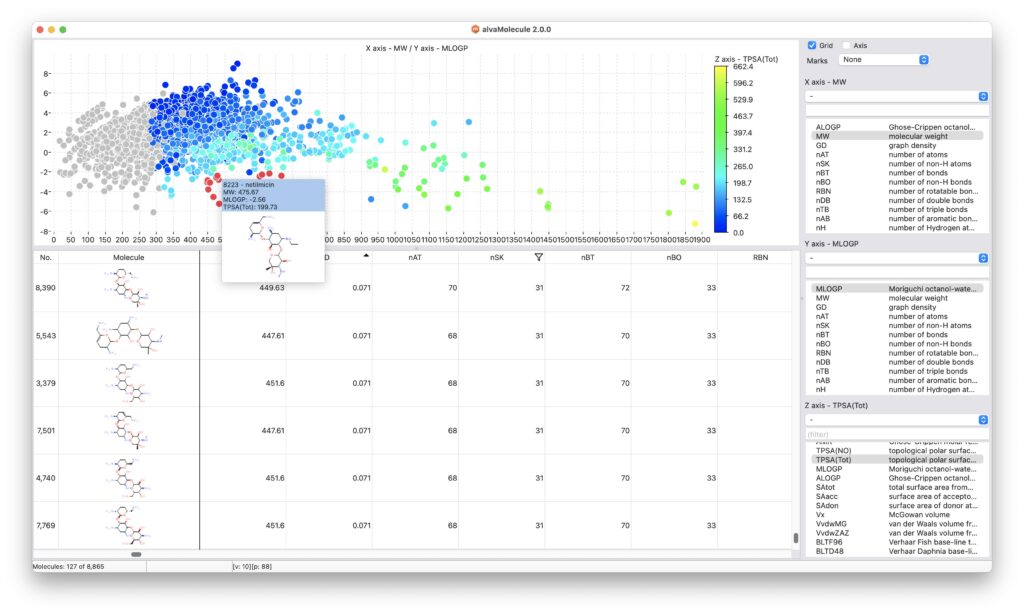 You can sort and filter molecules using:

The same data can also be visualized and filtered using the charting tools provided within the software.

alvaMolecule can be used to filter molecules based on the presence or absence of a specific substructure defined using the SMARTS language.

The software is 64bit and it’s available for Windows, Linux and macOS.